When Is the Time to Request a Forensic Custody Evaluation During a Child Custody Dispute and What Psychological Testing May be Utilized? 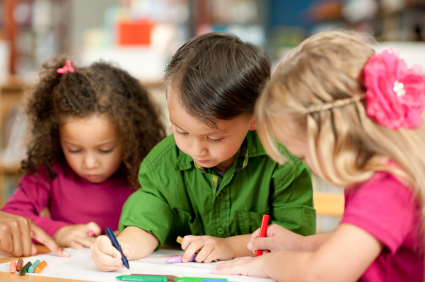 A forensic custody evaluation is an in-depth analysis from a trained mental health professional that provides detailed psychological information about each member of the family as it relates to their respective roles in the family relationship (including children). Forensic custody evaluations where parents do not agree to the legal or physical custody schedule of a child or if there are allegations of neglect, abuse, mental health issues, parental unfitness or substance abuse. While litigants can choose to have such evaluations of their own accord, often these evaluations are ordered by judges to be used as evidence in complex child custody cases when the parents cannot come to their own agreement about the custodial arrangements. However, a judge may order a forensic child custody evaluation of his or her own volition during the litigation process if he or she finds it necessary, or a parent may request that an evaluation be ordered by the court, but just because one party makes such a request does not mean that the request will be automatically granted.

At all times, the court has an obligation to act in the best interests of a child involved in a divorce and/or custody action. In some situations, a parent may potentially pose a risk to a child due to their own mental illness or emotional instability. Thus, if you believe the other parent may have a psychological issue that could be hazardous to your child, it’s critical to understand your options and how you might wish to approach that situation. However, be warned, whenever you make such accusations against the other parent, that parent may make the same sort of accusations against you.

If either party raises significant issues related to parenting capacity during litigation, the court may need to assess the parenting capability of each party and determine whether a parent’s mental state poses a risk to the children’s safety. In this situation, a judge may appoint a forensic custody evaluator to evaluate the family. Thus, psychological testing may play a role in these situations, even when undiagnosed mental illness has not been an obvious concern for either parent. Accordingly, forensic custody evaluators utilize a variety of tests during litigated custody disputes.

Some of the tests that custody evaluators frequently use during such evaluations include:

Many forensic custody evaluations may only entail a couple of these tests, and while there are others used, it is helpful to understand the ones most often used. It’s also essential to remember that a judge always has the final say in determining custody of a child – not psychologists or custody evaluators.

It may be frightening to learn that you may need to take a battery of psychological exams to help determine how fit someone thinks you are to be a parent to your child; however, working with an experienced divorce attorney before any tests are administered will help reduce your stress.

SHOULD I REQUEST PSYCHOLOGICAL TESTING DURING MY FORENSIC CUSTODY EVALUATION?

Understand that psychological testing utilized may not end up reflecting any significant issues. In many situations, insisting upon a forensic custody evaluation for the other parent can backfire and make you appear vindictive to the court.

When faced with this decision, consult with an experienced family law attorney to see if he or she recommends requesting a forensic custody evaluation. However, if you suspect that the other parent has significant mental health issues impacting parenting ability, it may be important for you to positively identify these factors before the court makes a custody determination. Remember however, psychological testing used during a forensic custody evaluation may not prove helpful, and may even identify some psychological issues in you.