FAQs about Grounds for Divorce in Maryland 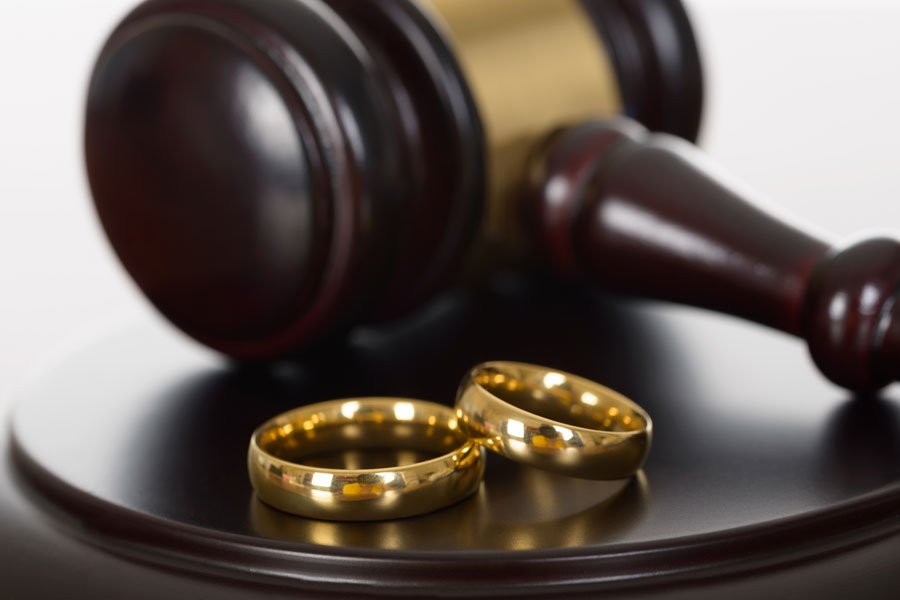 Grounds for divorce in Maryland

There are three primary parties involved in your marriage. Those same three primary parties will also be involved in your divorce: you, your spouse, and the state. Unfortunately, you cannot simply break up, gas up your car, and ride off into the sunset any longer since the situation is a bit more complicated. Among other legal considerations, you have to give the state an acceptable reason why you should be allowed to end your marriage. The reason you provide is known as the grounds for your divorce.

There are different grounds to assert for a divorce. If the ground (or reason for the divorce) is proven to exist to the court, the divorce will be granted.  In the case of an absolute divorce (which ultimately ends the marriage), the most common grounds are:

Any one of these grounds, if proven, will result in the complete dissolution of the marriage. In order to obtain an absolute divorce in Maryland, if one of the aforementioned grounds is asserted, and unless the divorce is based on adultery, cruelty of treatment or mutual consent grounds, the parties must have been separated from each other for at least one year. Regarding mutual consent grounds, if a couple have no minor children and a written separation agreement has been completed, the couple can request to be divorced by the court immediately. Please note that you can file for divorce under more than one ground at the time of filing.

In the case of a limited divorce (when no other divorce grounds are ripe to grant a divorce), there are four grounds which may entitle you to receive temporary support from your spouse. The grounds available for limited divorce are:

Simply put, a limited divorce is a divorce from bed and board. It grants spouses the right to live separate and apart from one another, although they remain as husband and wife and cannot remarry. For tax purposes, spouses granted a limited divorce may file as single taxpayers.

Generally, to be separated, spouses must live in separate residences. With limited exception, the separation clock must be restarted if spouses have sexual relations with one another, resume living together, or spend one night together under the same roof, regardless of whether or not they sleep in separate rooms. Maryland case law has carved out at least one exception to the separation requirement to allow for divorces on grounds of constructive desertion when spouses reside under the same roof in separate bedrooms and certain circumstances apply.

A divorce is uncontested if you and your spouse agree to end your marriage and all related issues (including matters related to children) have been resolved by a written agreement. A contested divorce is where the grounds for divorce and issues related to the marriage are in dispute, such as custody, child support, spousal support, attorneys’ fees and property disposition.

If you have a contested divorce, you will need to seek assistance from the Court, either from a Family Division Magistrate or a Judge. This process is called litigation and this means that you are asking the Court to resolve all the contested issues for you. Unfortunately, this process can be complicated, lengthy and expensive.

If you and your spouse agree upon the grounds for divorce, and all the issues related to the ending of your marriage, it is a good idea to try and enter into a Separation and Property Settlement Agreement. After all issues are settled, the divorce becomes uncontested and obtaining an absolute divorce can be expedited and much less complicated.

What is adultery and how can it be proven?

While the definition of adultery can vary from state to state, in Maryland adultery is defined as the voluntary sexual intercourse with someone who is married and a person of the opposite sex, other than the adulterer’s spouse.

Because it is difficult to obtain evidence of adultery by the testimony of eyewitnesses, Maryland law does not require an adulterer to be caught in the act of sex. To obtain a divorce on the grounds of adultery, you must prove that your spouse had the “opportunity” and “disposition” to commit adultery. Absolute proof of sexual intercourse is not required, and appropriate circumstantial evidence will suffice as proof.

Adultery is a crime in Maryland. Therefore, a person has the right to assert their 5th Amendment privilege against self-incrimination and refuse to answer questions about adultery in court or deposition. In such an event, the court may still infer that the adultery occurred if presented with enough other facts.

However, even if your spouse has engaged in sexual relations outside the marriage, the grounds of adultery may be defensible. There are two defenses to adultery: condonation (forgiveness) or recrimination (adultery by the claiming spouse).

Unlike most other grounds for divorce, adultery allows for an immediate divorce, without any minimum period of separation required.